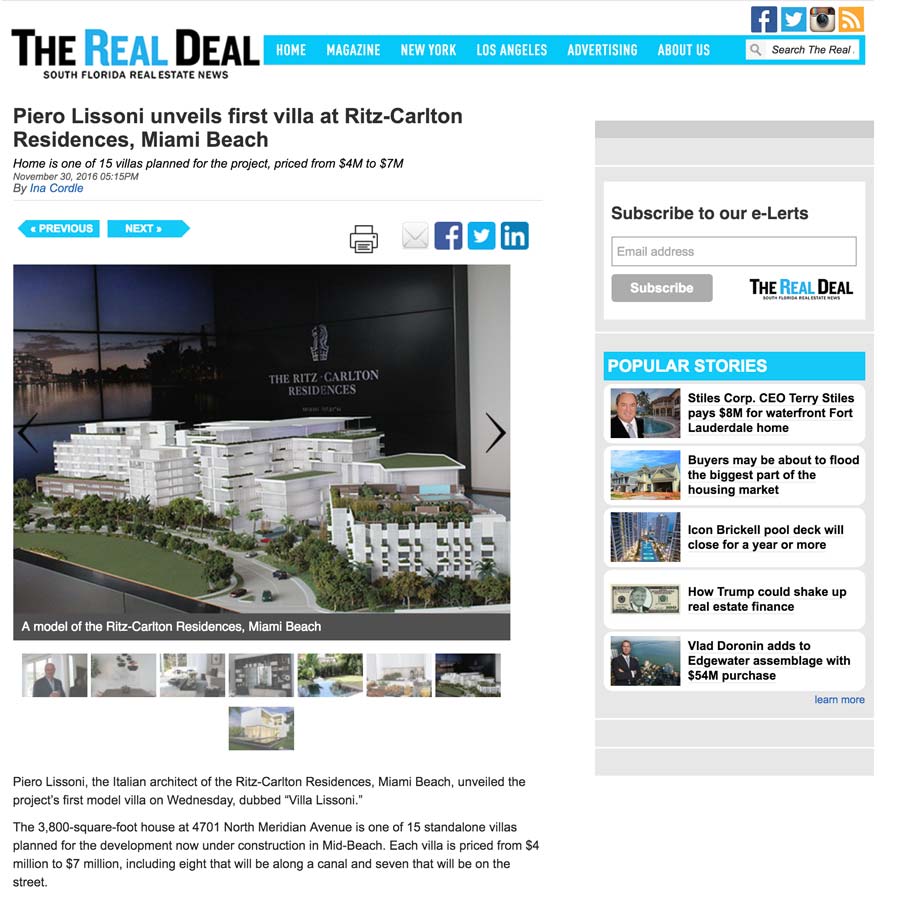 The 3,800-square-foot house at 4701 North Meridian Avenue is one of 15 standalone villas planned for the development now under construction in Mid-Beach. Each villa is priced from $4 million to $7 million, including eight that will be along a canal and seven that will be on the street.

The model villa, priced at about $5 million, features wood floors, modern bathrooms and an outdoor lap pool, and was designed with multiple terraces and floor-to-ceiling windows to bring in natural light, he said.

Ritz-Carlton Residences, Miami Beach, developed by Lionheart Capital, is being built on the former site of the Miami Heart Institute. “Can you imagine the karma?” Lissoni joked.
Lissoni described the project as “a village,” and “a community.” Spanning seven acres on Surprise Lake, it will have 111 condo units along with the 15 villas when it is completed in the second quarter of 2017.

Lissoni, who is based in Milan, designed all aspects of the three-bedroom model villa, including the Boffi kitchen, as well as the furniture. The upstairs is currently outfitted with a model of the project and a video wall to show a video featuring Lissoni describing the project’s design.

As part of Miami Art Week, on Monday Lionheart Capital unveiled the “Ritz Rainbow” at the project. The 25-mile light beam art installation was designed by artist Yvette Mattern and will be visible from 6 p.m. to midnight until Saturday.